Ancient Origins of the Classical Guitar

Although it's difficult to pinpoint the precise beginning of the instrument, records point to the ancient Near East (in the vicinity of modern Iraq, Iran, and Syria) as origin of the classical guitar's earliest predecessors.

This last style of guitar during the Carolingian Dynasty sees little change for centuries. It's not until the culture-shaking event of the Renaissance does the guitar make more leaps in its evolution. 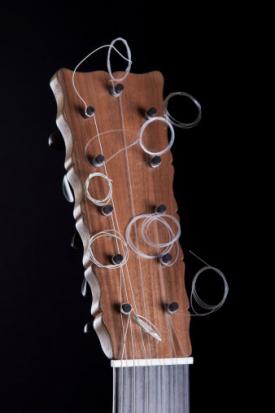 The instruments that begin to appear around this time show the beginning of real connections between earlier guitar-like instruments and guitars that would be recognizable to modern players.

As the Renaissance yields to new developments in music, the guitar is poised to make even more leaps of progress.

Beginning in the seventeenth century, the guitar begins to explode in popularity in the noble classes, and five-string instruments are becoming the norm. Composers and guitar makers grow in numbers, and a good deal of Baroque music is written and performed on the guitar.

The foundation laid in the 1800s will allow the classical guitar in the next century to reach an unprecedented level of popularity in global culture. 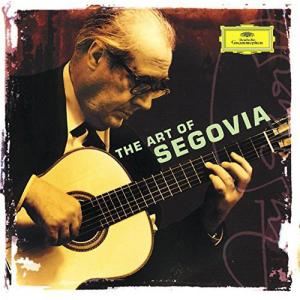 Andrés Segovia - The Art of Segovia

Thanks to musicians like Francisco Tarrega and guitar design improvements by luthiers such as Antonio Torres, the foundation for modern classical guitar in the twentieth century has been laid. Andres Segovia, considered the giant of the guitar in the twentieth century, will build a palace on this foundation as he defines modern classical guitar and makes it an instrument of true virtuosity.

While the heart of modern classical guitar remains firmly planted in Spanish music, thanks, in part, to the Spanish composers of the nineteenth century and to the Spanish guitar master Segovia of the twentieth century, the dizzying complexity and diversity of the new millennium brings new sounds and playing styles to the classical guitar never heard or seen before.

The Future of Classical Guitar: Women and Non-Europeans Stealing the Spotlight

It is true male European composers and musicians have dominated classical guitar for centuries, but the genre is already beginning to look very different. As the twenty-first century blossoms, fresh influences are coming in, as noted in this analysis from Classical Music that lists some of the newest classical guitarists who caught the attention of the music world:

With such fascinating virtuosos from around the world playing today, the future of classical guitar is sure to explore new territories and sounds.