When the holiday season comes around, it's time for musicians to begin thinking about learning some funny guitar Christmas songs. After sitting around with the family for a few days during the holidays, a little lighthearted music is sometimes just what the doctor ordered.

Dashing Through the Mall

This song makes fun of the stress parents deal with during the holidays, and it does it to the tune of Jingle Bells. 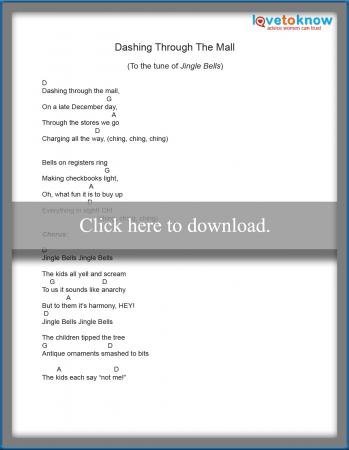 Click on the image of the song to download a PDF. See Guide for Adobe Printables for help with downloading the file. It takes a little practice to learn the new rhythm of lyrics sung to the familiar melody of Jingle Bells, but it's plenty of fun once you get it.

Have Yourself A Meowry Little Christmas

Possibly one of the most clever and adorable Christmas parodies, this song is from the perspective of your pet cat to the beautiful melody of Have Yourself A Merry Little Christmas. 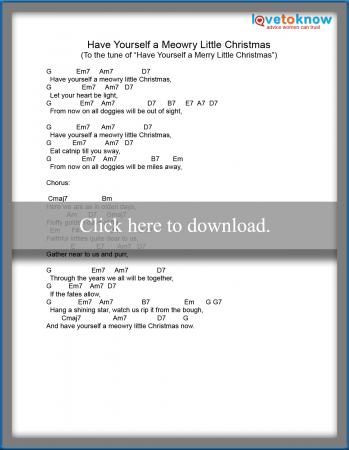 The other Christmas songs on this list have very simple chord progressions, but Have Yourself A Meowry Little Christmas has a surprising amount of chords, including some jazz chords. Study this chord chart if you need help learning the right fingerings.

This comical song by Bob Rivers, a blast from the retro '80s past from his 1988 classic Twisted Christmas, takes the fa-la-la's of Deck The Halls and changes the words to a tale of wanton destruction at the local mall, including beagles running loose from the pet store and going on a rampage. 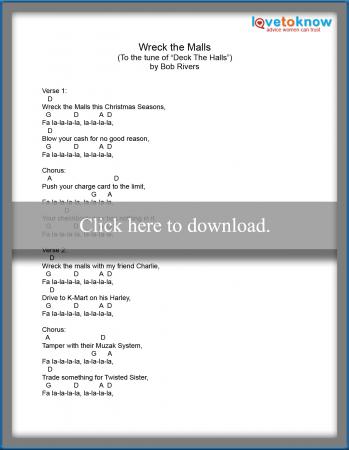 These additional resources will help you find more funny songs if you're planning an extensive set for your Christmas party:

If you're just starting out on guitar and you want to impress your friends and family during Christmas, start rehearsing the songs in the fall. Have your set list picked out by Halloween and begin practicing regularly by Thanksgiving. These funny Christmas songs for guitar are not difficult to play, but you'll want to be able to play them cleanly so everyone can sing along without interruptions.