The more you know about any given subject the better you understand it, and in the case of playing music, the more you can learn, faster. Learning the notes on your guitar's fretboard will help you better master your instrument.

A Point of Reference

The piano keyboard is made up of a combination of white and black keys. It contains seven white keys and five black keys, which are the twelve notes of the chromatic scale. This pattern repeats seven plus times, hence the old school nickname for pianists "88 keys." The following image shows the "white keys" of the piano as they are on the guitar in first position in standard notation and in tablature. 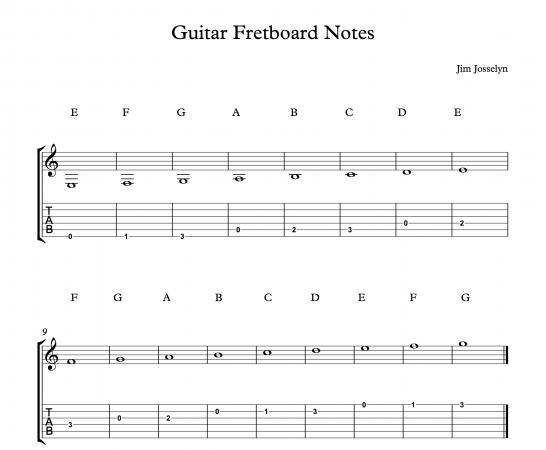 Do the following exercises for success in learning the notes on the fretboard:

The seven white keys plus the five black keys on the keyboard are the twelve notes in music. On the piano, that octave is reproduced seven times from left to right to give the range of the instrument. On the guitar, there is a horizontal area of the guitar known as a position. The following image shows the white and black keys in the first position of the guitar. Repeat the exercises above adding these five new notes. 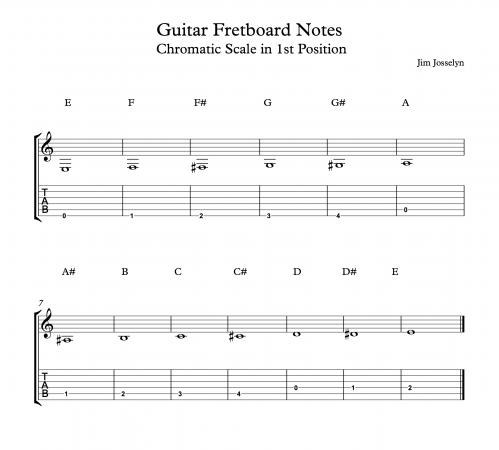 Seeing The Guitar A New Way

Now you know the entire chromatic scale in the first position, horizontally across the first four frets of the guitar. The following image shows the same scale played vertically on the low E string. Since the chromatic scale is twelve notes, it reproduces itself at the twelfth fret. You can create this pattern yourself on the remaining five strings. When you do, you will have learned every note on the guitar fingerboard. 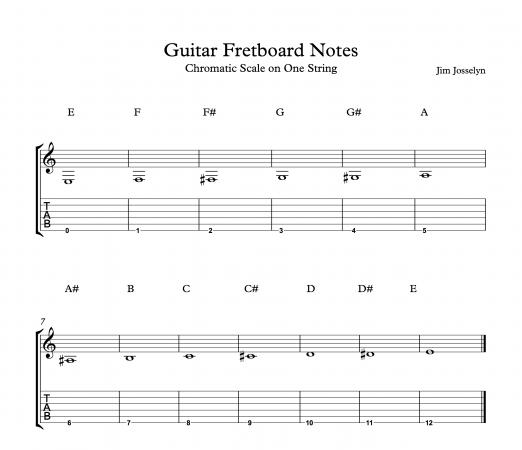 It is true that by learning a few chords and how to use tablature, you can quickly acquire a cursory understanding of music. It's certainly enough to play a few simple popular songs. But if you want to delve deeper into the subject and gain an intimate knowledge of this vast and wonderful subject, learn your instrument. Learn to read music, and study basic music theory and fundamentals. Major publishing companies like Hal Leonard, Mel Bay, and Alfred have thousands of books on the subject. Play with other musicians who play different instruments. Write a song or instrumental piece of your own and perform it with others. Then you will completely understand the value of learning the notes on the guitar fretboard.