As any true fan of rock music knows, there's nothing like a great guitar solo. In the history of rock and roll music, there have been literally thousands of incredible guitar solos performed and recorded, so picking the top ten all time best solos is admittedly a difficult task; unfortunately, not everyone's favorites will be end up on the list. However, this list attempts to identify solos that both made a significant impact on the musical landscape when they were first heard and have stood the test of time.

The Countdown of the Best

In the 1970s, Steely Dan couldn't turn around without releasing a song with an incredible guitar solo on it. Unfortunately, the band doesn't get as much credit as they should for the guitar work on their albums because Steely Dan was basically a studio band with a revolving door of session guitar players. However, Larry Carlton was as close to a regular guitarist as the band ever got, and his work on Kid Charlemagne from the 1976 album The Royal Scam is his masterpiece. Both of the song's solos are breathtaking, but the one played over the fadeout is one of the tightest, most carefully crafted and melodic solos of all time.

Many die hard fans of Metallica might point to something like the solo in Fade to Black as more representative of the band's earlier, pre-commercial period, but One, their breakthrough single from 1989's … And Justice for All is Metallica's high watermark. The song is a moving opus full of dark tension and ominous subtleties and finds Kirk Hammett playing two perfect solos. The first is a beautifully melodic clean channel lead, and the second evokes the band's thrash metal roots, building to a climax as heavy as anything Metallica has ever recorded.

While it might be a little early to guarantee that this guitar solo will stand the test of time, a strong argument could be made that it's already the greatest guitar solo recorded in the 21st century. From the 2007 album Sky Blue Sky, Nels Cline's sublime solo fuses warm, melodic harmony leads with raw, frenetic bursts of noise without ever losing the laid back feel of the song. An instant classic when it came out, Impossible Germany is a solo you need to hear if you haven't heard it already.

Staying with the theme of fantastic harmony guitar playing, the Allman Brothers Band classic Blue Sky from their 1972 album Eat a Peach is the quintessential harmony guitar song. Duane Allman and Dickey Betts trade leads in the extended middle bridge solo, and the end result is pure southern rock bliss. As melodic and warm as the electric guitar has ever sounded, Blue Sky is truly an all time great.

Sultans of Swing was the first single ever released by Dire Straits, and the world quickly discovered there was a new guitar genius on the scene. Mark Knopfler is one of those special guitarists whose guitar sound is as recognizable as his playing style. In Mark's case, both the style and the sound can be summed up in one word: tasty. His unique tone comes in part from the fact that he fingerpicks his guitar, and his incredible phrasing always contains the perfect amount of notes. This solo is the definitive Mark Knopfler guitar piece. 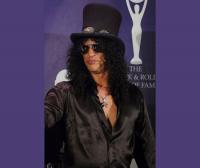 The power ballad that propelled Guns N Roses into the stratosphere, Sweet Child O' Mine from Appetite For Destruction is arguably the Stairway to Heaven of the late 1980s. Slash's opening riff instantly became part of the rock and roll canon, and the two solos are both masterpieces. The slower, first lead showcases Slash's heavy blues licks, and the amped up second solo pushes the song over the top and into rock immortality.

Like a Hurricane - Neil Young's eight-minute noise guitar epic - was recorded with his garage band Crazy Horse and was originally released on the 1977 album American Stars 'N Bars. Young has an unparalleled ability to merge the delicate with the furious, and there is no better example of that than in this classic. By becoming the hurricane he sings of in his raging guitar solo, Neil Young's playing on this track inspired a generation of bands like Sonic Youth, Ministry and Nirvana. Like a Hurricane finds Neil Young riding Crazy Horse into places few guitarists dare to go.

Since Prince's music and talents are both so multi-faceted, his impeccable guitar chops too often get lost in the shuffle. He is equally gifted as a songwriter, arranger, producer, choreographer and dancer, and he can play any instrument you put in front of him better than you. That being said, he seems to particularly come alive when he's behind the guitar, and no song illustrates this fact better than Purple Rain. Recorded before a live audience in 1983, the Purple Rain solo is a beautiful mash-up of tenderness and anguish, and Prince walks that delicate line like a true master. From the soundtrack to the film with the same name, the song Purple Rain is the spellbinding last track on one of the greatest records in rock history. 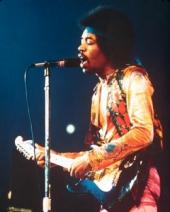 While Purple Haze or Voodoo Child (Slight Return) are the songs that get all the press, Hendrix's playing was never more inspired than on Machine Gun, the Vietnam War protest song from the 1970 live album Band of Gypsies. This twelve-minute opus finds Hendrix recreating the vicious sounds of war on his guitar. By employing all the tools in his arsenal, from whammy bar dive bombs to screaming feedback to percussive pick chops, Hendrix's guitar becomes the falling bombs, flying helicopters and machine gun fire of Vietnam. The fact that he could do all of this in one take in front of a live audience is the reason why Hendrix is still marveled at today. 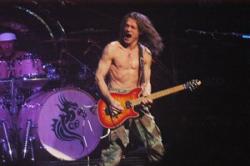 This song is number one on this list simply because no guitar solo has ever had as profound and immediate an impact on the rock and roll landscape as the second track from Van Halen's self-titled 1978 debut. Overnight, the world of rock guitar changed forever. One could argue that the end result of the change was a negative since the 1980's hair metal disaster can be traced in part back to this song and the guitar clones it inspired. However, the posers only copied the techniques - the blazing speed, two-handed tapping technique and heavy distortion - and failed to capture the feel. Even when he's playing alone, as he mostly is on this instrumental, Eddie Van Halen's playing always has a swing to it that he inherited from his father, jazz clarinetist Jan Van Halen. Clocking in at just over one-and-a-half minutes, Van Halen's Eruption started a musical revolution that was (and still is) unprecedented in the history of rock guitar.

What Do You Think?

You've heard LoveToKnow Guitar's take on the best guitar solos of all time. Do you agree? Let us know what you think! Leave a comment below and join the discussion.