Finding the right short scale bass guitar can pose a challenge for guitarists who want to find the perfect instrument. Whether you're interested in this type of instrument specifically for its size, or if you like the effect of thicker strings, there are a number of options available to you. Learning about popular models is a great way to start your search.

Developed in 1965 and released in 1966 (just before the exit of Leo Fender, the namesake of Fender guitars, from the company), many believe the Fender Mustang Bass to be one of the best bass guitars on the market. Customers often cite the Mustang's ability to produce big bottom tones from a relatively light body as one of its main advantages.

While the original 1960s models can easily be found on auction sites such as eBay (for upwards of $1,000 depending on the specific model), Fender has also begun putting out "reissue" versions, such as the Mustang Classic and the Pawn Shop Mustang. The latter features a humbucker pickup that adds fuller, warmer, even growling tones. The Mustang Classic generally retails for around $750, while the Pawn Shop Mustang will cost about $25 more. 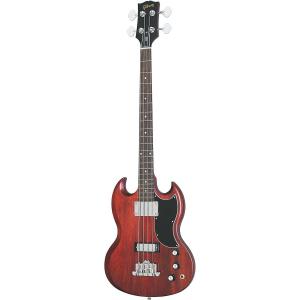 The Gibson SG Bass is a redesign of the classic Gibson EB0. Similar to the Mustang, many musicians praise the SG's deep tone and versatility but also give it high marks for its comfortable action. Another distinguishing factor of the SG is its longer sustain, or resonance.

The reissues of the vintage SG bass are readily available at retail outlets such as Sweetwater. The SG Standard Bass retails for around $1,400 and the new Gibson SG Special Bass retails right at $700. 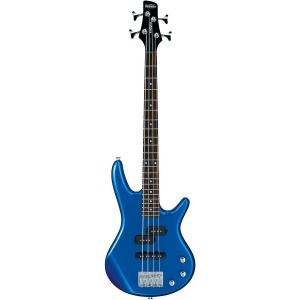 With a scale of 28.6 inches, the Ibanez Mikro bass is one of the smallest bass guitars on the market. Its size coupled with its pricing seem to make it a favorite for beginners and those looking to try out a shorter scale bass. As often is the case, its bargain pricing brings with it some caveats, such as plastic tone and volume knobs designed to look like chrome.

The Ampeg Dan Armstrong Series Plexi Bass incited waves and admiration when introduced to the music industry in 1969. While the Plexiglas body is super cool to look at, it also functions to enhance the bass' sustain. With all 24 frets clear of the instrument's body, the Plexi bass provides a much more comfortable playing experience. Another incredibly unique feature of the original model was the quick-change pickups, which allowed players to easily design their tone dependent upon the style of music they were playing.

Unfortunately, the modern Ampeg ADA4 reissue, which include some evolution-inspired changes, has been discontinued from production, but for those willing to do a little treasure hunting the ADA4s and the original models can sometimes be had via auction on eBay or through a search on your local Craigslist. Of course, the price you'll have to pay will depend on the situation, but expect to spend around $1,000. 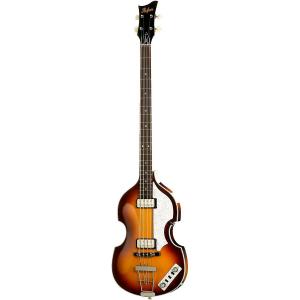 The Hofner Violin Bass (or 500/1 more technically) is arguably one of the most recognizable guitars ever made, thanks to Paul McCartney's loyalty to the model. Outside of its appearance, the 500/1 is well-known for its characteristic "woody" tone and hollow body design, making it extremely light.

Multiple versions of the Violin bass are available today for prices ranging from $500 (for the Ignition Series made by Hofner) to almost $3,000 (for Hofner's more faithful representation of the original).