If you have a passion for playing the blues, picking the right guitar is essential. Many factors come into play such as the capabilities and tone of the guitars as well as your style and development as a musician. You can learn a lot about good guitars by studying which instruments have been preferred by legendary blues players. You will also discover that certain brands and models rank consistently high on lists of great electric guitars on which to play the blues, such as those compiled by Guitar World, Guitar Fella, and others.

The Fender Stratocaster is one of the most highly recommended instruments out there. The go-to model for the Fender Strat is the Standard Stratocaster, with its three single coil pickups that provide a wonderful range for bluesy tones, from sweet and winsome to angsty and thick. Other models of Strats are also available that work great for playing the blues, such as the American Elite Stratocaster and Strats that are named after legendary blues guitar players for whom the brand has been a favorite, such as Stevie Ray Vaughan, Robert Cray, and Eric Clapton. 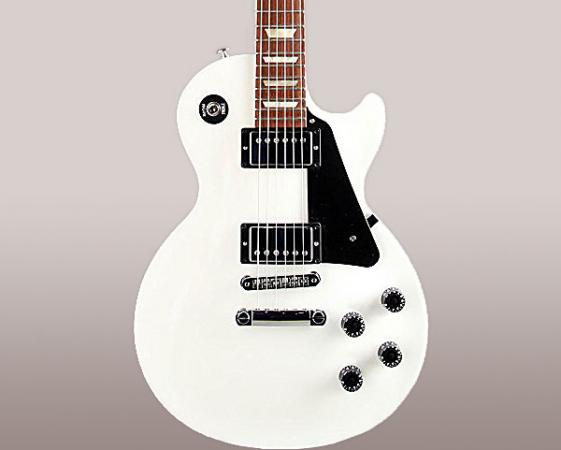 The Gibson Les Paul consistently ranks high on lists of electric guitars that do justice to the blues, and for very good reasons. The Les Paul features a mahogany body and dual humbucker pickups that give its tone more power and punch than single coil pickups. Iconic blues guitarists Duane Allman, Joe Bonamassa, and Jimmy Page love its big, warm sound for blues licks, as well as how it provides plenty of gain and sustain for playing lead. The Les Paul Studio model has the bonus of being lighter and not as large as standard Les Paul models, making it comfortable to play.

The Fender Standard Telecaster is another hugely popular guitar in the blues world. While it has achieved fame in country music because of its twangy tone, its bright high end also works well for smoother blues music, a fact to which blues greats Albert Collins, Jeff Beck, and Muddy Waters would enthusiastically attest. If you're into intricate lead guitar work, the Standard Telecaster will really make the complexity of your licks shine.

The Gibson ES-335 is also a top pick. This guitar has a semi-hollow body, which enhances its resonance and offers blues musicians a good, fat tone in a lighter package. Like the Les Paul it has two humbuckers, but its tone isn't quite as warm and heavy, which means it offers a wider range of moods that runs from silky and clean to driving and deep. B.B. King's beloved blues guitar, which he named Lucille, was an ES-335. Other celebrated musicians who used the ES-335 were Otis Rush and Chuck Berry. 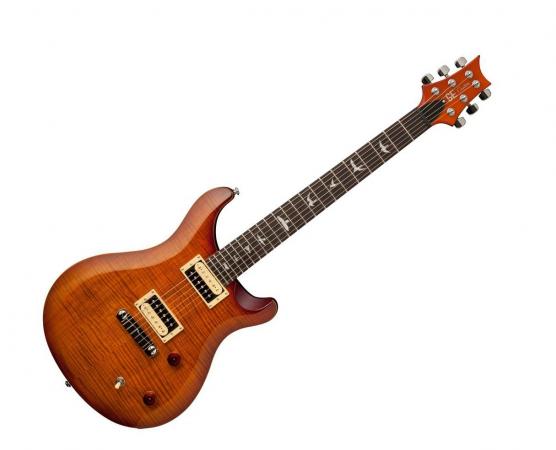 The PRS Custom 22 is a newer model electric guitar, having become available in 1985, and it is highly acclaimed as one of the best blues guitars by Guitar World, Guitar Fella, and Reidy's Home of Music. Many blues players aren't crazy about a lot of glitz when it comes to their instruments, but if you don't mind that the PRS Custom 22 is a flashy guitar, you'll love it for its features that let you crank out the blues like you mean it. It has a semi-hollow body and two humbuckers. The dual pickups can be used either together or separately, giving you a wide range of sonic expression.

According to Guitar World, one of the best blues guitars you can buy is the Reverend Guitars Rick Vito RT. The guitar has custom pickups and a Bigsby vibrato tailpiece, which musicians can use to bend pitches for soaring, heartfelt effects in blues music. The Rick Vito RT, with its fun art deco design, was created in collaboration with blues guitar great Rick Vito, who got his start playing with Fleetwood Mac. Guitar Planet gives the guitar an enthusiastic thumbs up for the blues because of its two single coil pickups that can produce tones that range from a howl to a growl. 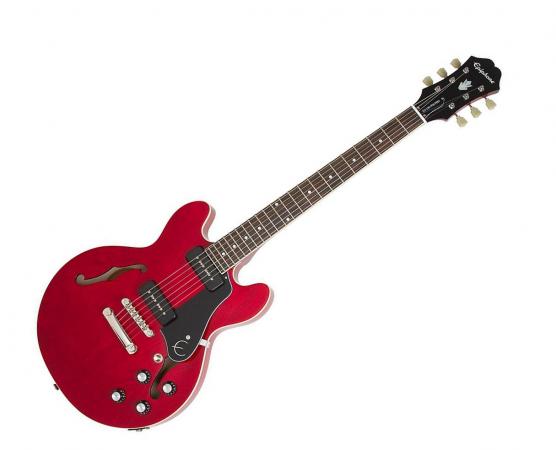 If you're looking for a more affordable electric guitar that's nonetheless highly recommended as one of the top choices for playing the blues, then you'll want to check out the Epiphone ES-339. The ES-339 features dual humbucker pickups and a semi-hollow body with a solid inner block and hollow chambers on the sides. The Epiphone ES-339 has a more compact body style than many other electric guitars, and with its unique construction, it creates a distinct and flexible sound, which you can use to great effect for playing guitar leads.

The Gibson SG is similar to the Gibson Les Paul in that it features two humbuckers and a solid mahogany body, but it differs significantly in that its body isn't quite as hefty as that of the Les Paul. The effect of the dual pickups warms and deepens the tone of the guitar, but the thinner body makes its tone less heavy, giving the SG its own distinctive and highly acclaimed sound for the blues according to Reidy's Home of Music. With its lighter body, the Gibson SG is comfortable to play, and the double cutaway makes the guitar's highest frets more accessible to guitarists who like to use slides. The SG is a favorite of blues musician Derek Trucks, who loved the SG so much, that he collaborated with Gibson to develop a signature line that he uses.

Guitar World lists the Epiphone Gary Clark Jr. "Blak & Blu" Casino With Bigsby as one of the top electric guitars out there for the blues. The Epiphone Casino has a long tradition of being one of the best electric guitars for playing blues and rock. Blues player Gary Clark fell in love with the guitar because of the pleasing bite it lends to the blues and lent his name to a special signature model, the Blak & Blu. The guitar features single coil pickups and a hollow body that's thinner than many other blues and rock guitars. It includes a Bigsby vibrato tailpiece which is useful for adding pitch-bending effects to blues music.

What Makes a Great Blues Guitar?

Quality construction, great sound, and durability are all important, but the most essential element to an exceptional blues guitar is the deep feeling with which you play it. Ultimately, the best guitar will be the one that strikes exactly the right chord to inspire you to lay bare your heart and soul, which is what playing the blues is all about.