Pop music can sometimes sound complicated because of elaborate production and recording techniques, but most pop songs are very simple. In fact, the following three pop songs for guitar are so easy even beginning guitarists can learn them quickly without much effort.

This elegant, brooding pop song by Taylor Swift imitates the title and uses a delicate approach to production and layering. For this reason, the instrumentation is restrained and the chords are few. When there are chords, they are played as simple whole notes that ring over the full count of each measure. Be sure to read the tips below to get the best use out of the tablature. If you need help printing this or any of the other songs, visit the Guide for Adobe Printables. 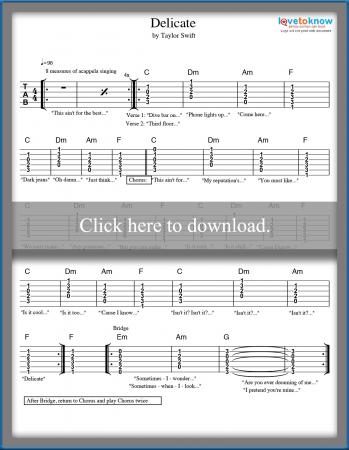 Keep in mind the following features of the music as you learn the song:

Talk about easy: this song uses the same strumming rhythm and three chords for the entire duration of the song. It has plenty of Cuban spice and soul though, and you will likely have it stuck in your head for days after you learn it. 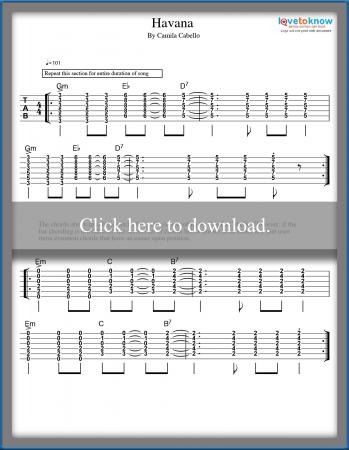 Keep these tips in mind as you read this tablature:

This hit by Maroon 5 is also one of the easiest pop songs because it only uses four chords from beginning to end (and the chords are some of the easiest ones for the guitar). If you get a little bored with it, you can learn the more challenging second rhythm guitar part, also transcribed in this tablature. 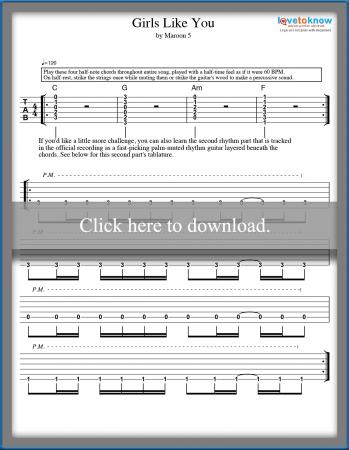 Here are some helpful tips for using this tablature:

There's no shame in finding the easiest songs to learn on guitar. Some of the most famous and legendary songs are some of the simplest. As you learn these easy but beautifully written songs, it will build your confidence to take the next step in developing your guitar skills.